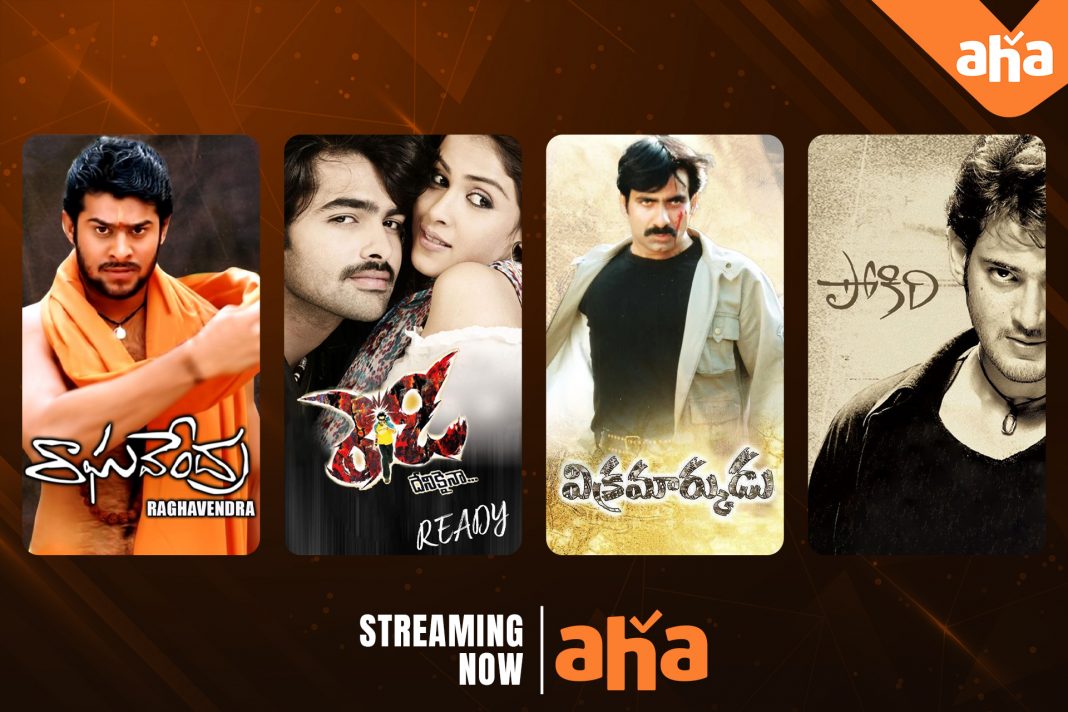 With a vast variety of languages across the country, remakes of popular movies in different languages are a great way for different cultures to bond together.

For instance, there are a lot of Bollywood movies that are remakes of South movies, and not just in Hindi but also in a lot of other Indian languages. With popular stars of that film industry often playing the lead, each remake adopts a unique style or may tweak the plotline a little. But, following a similar narrative, Telugu remake movies are extremely common.

Let’s talk about some of the best Telugu movies that have been made in other languages in India and around the country.

Raghavendra is a 2003 Telugu action movie that was directed by a veteran filmmaker called Suresh Krishna. It stars Prabhas, Anshu, and Shweta Agarwal. The movie’s soundtrack was made by Mani Sharma, and it was a hit in Tollywood. It was eventually remade in Bengali as “Lover No. 1,” with Bappy Chowdhury as well as Pori Moni in the lead roles. Rocky: The Rebel was made by Suresh Krishna himself and stars Zayed Khan with Isha Sharvani in Hindi.

Ready is a 2008 Telugu-language action and comedy-drama film that was made by Srinu Vaitla. It was made in 2008. Ram and Genelia star in the movie, which was made by Sravanthi Ravi Kishore underneath the Sri Sravanthi Movies banner.

Other actors in the movie include Nassar and Brahmanandam, as well as Sunil, Chandra Mohan, Tanikella Bharani, Kota Srinivasa Rao, as well as Jaya Prakash Reddy, who play other important roles. Devi Sri Prasad composed the music for the movie. It was one of the biggest blockbusters when it comes to Telugu movies in 2008.

The film won three Nandi Awards, including one for Best Popular Feature Film, so it was very popular. Remade in Kannada as Raam (2009), Uthama Puthiran (2010) in Tamil and Raam (2011) in Hindi, this movie received a lot of love from all over the country.

An action film released in 2006, Vikramarkudu is an Indian Telugu-language film directed and written by S. S. Rajamouli from a narrative by K. V. Vijayendra Prasad. It was co-written by M. Ratnam and the dialogues were written by M. Ratnam. Moreover, all of them also star in the movie. Ravi Teja, as well as Anushka Shetty, are part of the movie as well. MM Keeravani wrote the music for the movie, and he did it well for sure!

Vikramarkudu was remade in multiple languages, including in Kannada as Veera Madakari and in Tamil as Siruthai. Moreover, the movie was so well-received that Bengali and Hindi remake was also made as Bikra Sinha: The Lion Is Coming Back and Rowdy Rathore respectively.

Created by Sobhan and M.S.Raju, Varsham is a romantic action film in Telugu produced by Sumanth Art Productions. The film turned out to be Prabhas’ first big hit. It was also one of the top-grossing Telugu movies of that year. Filmmakers from different movie industries started making remakes of the movie after it became popular. The movie was made in Tamil as ‘Mazhai’, for example, and it was also made in Oriya, Hindi, and Odia.

An Indian Telugu-language film, Pokiri was directed and written by Puri Jagannadh in 2006. The movie was made by Jagannadh and Manjula Ghattamaneni, who made it through their production companies, Vaishno Academy and Indira Productions. It features Mahesh Babu with Ileana D’Cruz in the main roles, and other actors, such as Prakash Raj and Nassar, play important parts in the movie as well. The story is about a local goon who has a killer instinct that gets him into trouble with his girlfriend, a corrupt cop, and a wanted don. He also gets the attention of a desirable don.

Pokiri came out on April 28, 2006, and it was well-received by critics. The movie made 50 crores around the world and was the highest-grossing Telugu movie for three years until Magadheera came out in 2009. The film was also one of fourteen southern Indian films that were shown at the International Indian Film Academy Awards (IIFA) Film Festival in 2006.

The movie’s success made Ileana a star and made Jagannadh a well-known writer and director. The movie was remade in Tamil as Pokkiri in 2007, in Hindi as Wanted in 2009, and in Kannada as Porki in 2010.